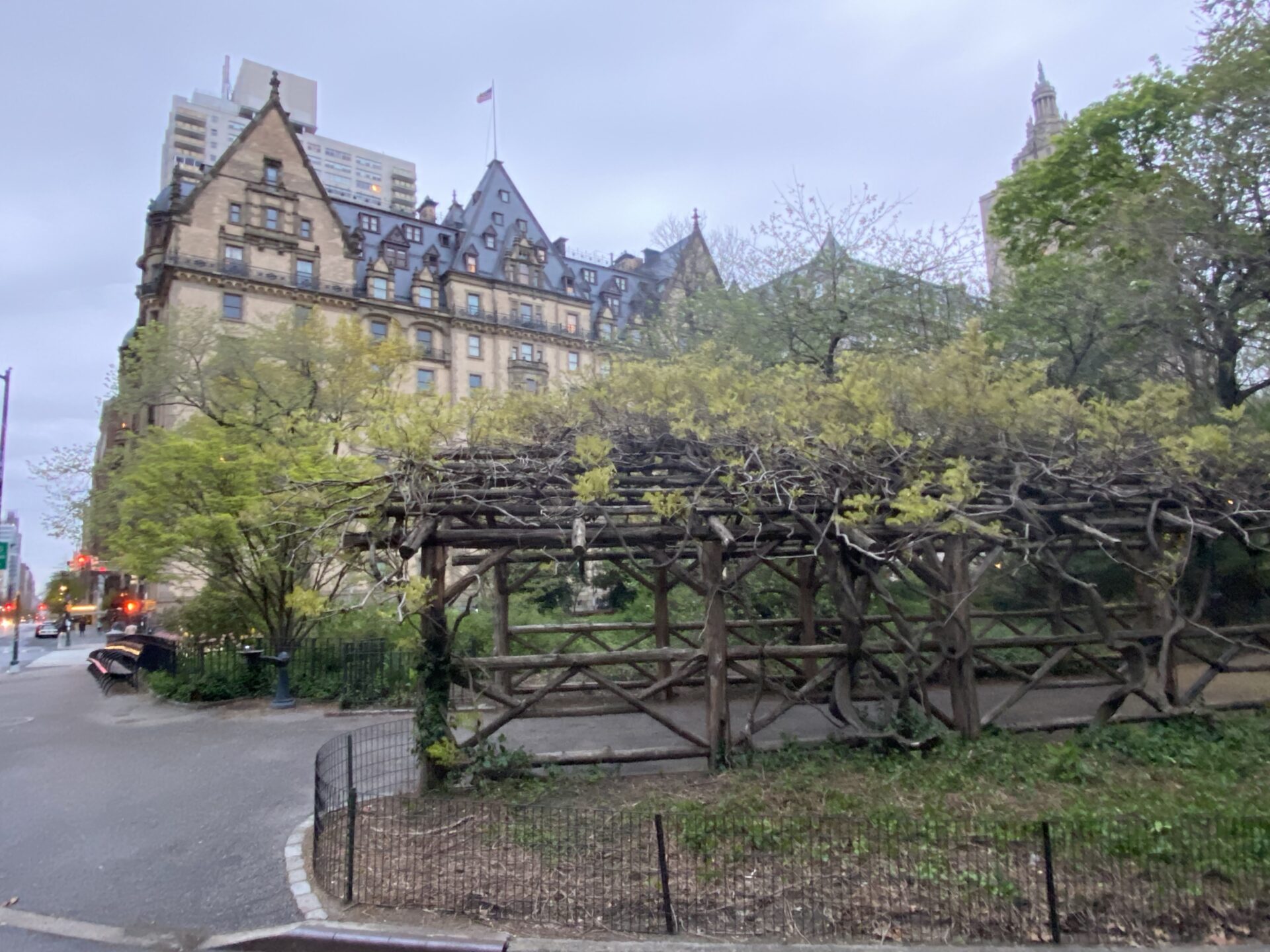 New York City During The Pandemic

No matter how many times I plugged in my destinations into Google Maps,  the route led straight through New York City.

At the moment of writing, New York City has the the worst outbreak of Coronavirus in the country. Traveling into the city is a bad option. However, my travel partner, Julie had never been to NY and looked dreamily in the air when I mentioned we might get to see the Statue of Liberty as we drove past.

Driving through the city certainly wasn’t going to infect us. We wouldn’t be getting out of the car or talking to anyone. We weren’t planning on riding a crowded subway or wading through tourists in Times Square. We’d just pass by and look at America’s largest city in the rear view mirror. It was dusk and we were only 10 minutes from Times Square. Would it have advertisements going? Would there be tourists that hadn’t gotten the memo about the pandemic? A quick drive around the block wasn’t going to make anyone sick.

We saw the big blue screen 2 blocks before we arrived. Everything was lit it seemed. When we passed the square, we saw what can rarely be accomplished even in a big budget film: an illuminated Times Square with no sign of life. Not only was there no one in sight, but parking was effortless In one of most impossible places to leave a car in the world. No police were to be found except a few on horseback near 5th Avenue. We pulled over. This moment in history would probably never repeat itself. At least we hoped it wouldn’t. We agreed to touch nothing, get near no one, and walk quickly into the square to take a picture.

It was like every apocalyptic movie I’ve ever seen where all humans disappear. Like Bruce Willis in 12 Monkeys, we walked through the wasteland of forgotten civilization snapping a few photos and surveying the area with disbelief . Suddenly there was a movement behind me. On top of the discount ticket shop a cop paced back and forth looking for signs of trouble. All the lit signs and ads were about staying home and washing hands. It was a moment from a sci-fi blockbuster. I felt chills from the creepiness of the moment.

We headed back, feeling guilty for not being inside an apartment like everyone else. As we headed out of Manhattan, we drove along the edge of Central Park and passed the Dakota.  This was the spot where John Lennon was shot by a crazed stalker. Lennon’s remains were cremated and scattered, but NYC created a memorial to him across from the building where he lived. Just inside the park’s borders is Strawberry Field, a large circular design etched into the pavement with the word “Imagine” in the center. There was no one in Central Park that we could see except a couple of little girls running around with their parents. We shot a quick picture at John’s memorial and jumped back into the vehicle.

New York isn’t much of a city without people, vibrant restaurants and horns honking. We stayed in a hotel on the outskirts of town so we could see Lady Liberty in the morning.

When we arrived at the state park the following morning, the gates were locked and news vans were scattered everywhere. We tried another entrance but it was locked down too. We just wanted a quick look at the iconic statue, the first image that immigrants spied as they arrived at Ellis Island. The morning was incredibly foggy and it was  difficult to see more than a couple hundred yards in front of the car. We found a road that led to the end of a peninsula facing the statue.

It was our only possibility of seeing her before we headed to Pennsylvania. However the lady was lost in the fog and impossible to spot. Was this symbolic of how things are today? No longer can we see America the way we did before? Have we lost our way? Nothing is like how it was a month ago. The city was unrecognizable, everything is like some crazy dream we hope to wake from any moment. Would we have thought last year that the world would change so drastically over an invisible enemy?

As these thoughts raced through my head, suddenly the fog lifted. Lady Liberty was there with her torch held firmly above her head showing us the way. Maybe everything would be okay after all.