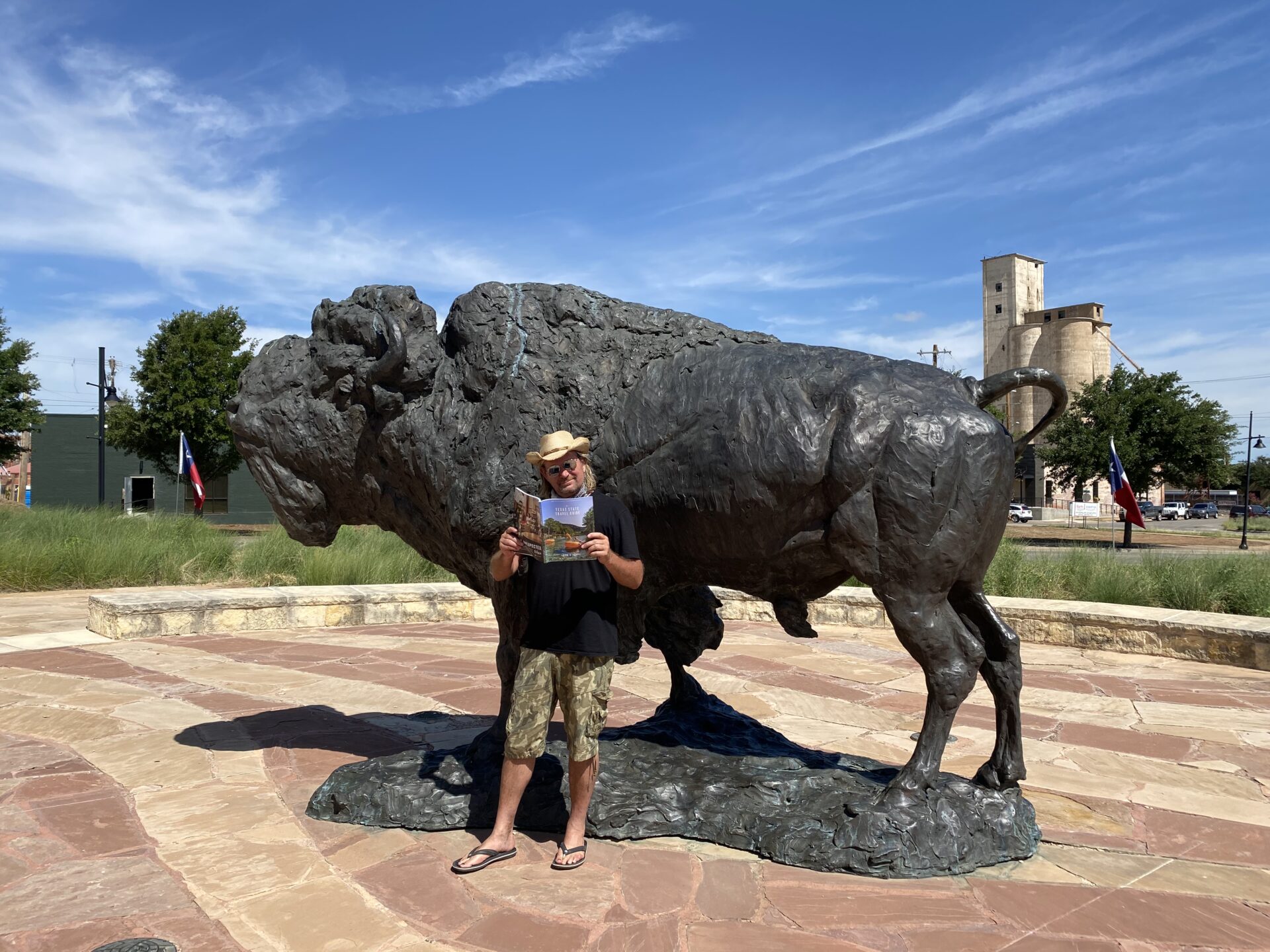 There’s a whole lotta nothing in west Texas, which is why many of us stop driving as soon as we’ve made it to San Antonio. I’ve traveled around the world, but until recently visiting a place like Guadalupe Mountain National Park seemed as far away as the moon. Guadalupe what? You may have never even heard of Texas’ second national park because Big Bend gets all the press. In truth, driving to the western border of Texas from Houston takes longer than getting to Florida, but in the era of road trips, you can only drive through Mississippi so many times before you’ve had enough. I decided to discover some of Texas’ less known charms on road trip last week. I found all kinds of surprises!

The trip started with the intention of visiting one of America’s best secrets, Big Bend National Park. The drive is the longest straight haul on the journey, but once you’ve done it, the hard part of the trip is over. It’s nearly 10 hours to get there from Houston and at first glance it seems that there’s nothing to see, but you can break up your journey with a stop in Bandera or San Antonio. Take half an hour in Seguin to see the world’s largest pecan or the quirky nutcracker museum with over 13,000 nutcrackers and nut bowls. Once you’ve made it as far as Fort Stockton, Paisano Pete, the second largest roadrunner statue in the world (New Mexico has the largest now) is there to let you know you’re getting close.

There’s no shortage of of roadside oddities in the small Texas towns if you’re game for a water tower painted like a watermelon or a buggy barn museum. Atlas Obscura and Roadside America are both great resources to keep you and your family entertained almost anywhere with offbeat and sometimes ridiculous tourist attractions. It’s these little surprises that make a long road trip interesting. Texas is also full of cavern systems like those in Sonora or Natural Bridge Caverns near San Antonio if you’d like to escape the sun a bit.

Big Bend National Park is one of the US’s largest but least visited parks. It’s rugged beauty and mountain range hugging the Rio Grande is truly inspiring. On this trip, the park was closed so we chose to visit Big Bend Ranch State Park instead. The park has a beautiful drive called the “river road” running along the Rio Grande that had me stopping every few minutes to snap a photo. Terlingua is the popular in between stop between the state park and national park and is touted for it’s legendary ghost town and watering hole. In reality the ghost town section of town is a lot busier than the occupied part. The only spirits you’re likely to see are at the incredibly popular Starlight Theater Restaurant. There’s great live music, cold drinks and an opportunity to enjoy some chicken fried antelope steak fingers, quail and wild boar. All that’s left of the ghost town is a few old buildings, remnants of a jail, a stripped-down jalopy and a sign that claims that Terlingua is the Chili Cookoff Capital of the World.

We vamped (van camped) on this trip so most nights were spent in state parks. The river road traveling west through the state park brought us to Presidio, a border town 90 minutes away from Marfa. Marfa, besides having a name almost as bad as Terlingua, has the distinction of being the archetypal west Texas town. It’s earned it’s chops through it’s art community and movies filmed in the area. 1957’s Giant with James Dean, Elizabeth Taylor, and Rock Hudson is one of the most iconic films shot near Marfa, although the actually town is never shown in the movie. That doesn’t deter Marfa from erecting 20-foot tall wood cutouts of the characters on the outskirts of town.There’s music coming out of the car cutout and a facade of the house in the film that adds up to a great photo op that halts even the most jaded road-trippers. No Country for Old Men was also shot here as well as There Will be Blood. The town itself has a beautiful courthouse, some decent restaurants, but it’s biggest draw is the hotel where James Dean and the cast stayed during filming, Hotel Paisano. You can actually book the same room he stayed in if you’re a big fan or have a drink at the bar and admire behind the scenes photos of the movie stars.

A short drive northwest to Valentine, Texas is the location of the famed Prada Marfa, the mini-Prada store that never planned to sell anything. It’s actually a 2005 art installation that was allowed to use the Prada name (as well as some purses and shoes for the display) in the middle of nowhere. It’s the last place you’d expect to see a department store, let alone a Prada, so it’s ironic, confusing and funny; probably everything the artists were hoping for. If one fake desert store isn’t enough for you, make sure you catch the Tiny Target between Marathon and Alpine on your way to Big Bend. It’s really more of a shack with a Target logo, a cart, and a bit of unclaimed trash, but you can take a selfie and cross it off your list of weird places if you’re in the area.

Guadalupe Mountains National Park is one of the top ten least visited parks in America. With 80 miles of hiking trails, it’s a hiker’s dream. It’s 2 hours north of Marfa and not quite as drivable as most of the national parks.There are few paved roads and none that wind through the park. Guadalupe Peak is Texas’ tallest point at 8,749 feet and gives climbers fantastic views of Texas and new Mexico. You’ll need an early start to reach the peak which takes 6-8 hours. There’s plenty of shorter trails as well to suit anyone’s hiking commitment.

Carlsbad Caverns is just north of the GMNP and is one of the best cavern systems in the US. With over 100 caves, the park also has a huge bat population and is a great stop if you’re not “caved out” by the time you get there. You can watch the bats fly out of the cave in the amphitheater area if it’s open. Otherwise, you can still view the bats from the visitor’s parking lot.

With the recent UFO film releases from the Pentagon, it’s not a bad time to get friendly with the aliens in Roswell. This town takes a tongue-in-cheek approach to celestial visitors, but offers a few good museums and lots of themed shops, restaurants and fun photo-ops. It’s about an hour out of the way from a Texas trip, but it’s doubtful you’ll ever get closer than this, so stop and at least get your picture with the giant highway alien standups on the edge of town and have a snack at the world’s only alien themed McDonalds. Heading towards Texas, there’s a nice stop at Mexcalero Sands if you like to play on sand dunes.

Lubbock Texas is Buddy Holly central as well as everything Texas Tech. Charles Hardin Holley was one of rock music’s biggest influences and Buddy (as he was known) was born and raised in Lubbock. The Buddy Holly Center has the biggest collection of his guitars, records, photos as well as his famous glasses that were recovered from the 1959 plane crash in Iowa that claimed his life, The Big Bopper and Ritchie Valens were killed in the crash and the accident was immortalized as “the day the music died” in the Don McClean song American Pie. Buddy is buried in Lubbock Cemetery and is also honored with a memorial statue at Texas Walk of Fame plaza next to the Buddy Holly center. Stop by Spanky’s and have the best fried cheese in the world across the street from Texas Tech. Check out the American windmill museum while you’re in Lubbock as well.

Abilene was the next stop and I was surprised how much I liked this little city . The downtown area is full of art and adorned with dozens of sculptures of characters from Dr. Seuss and other children’s books. Besides the cute shops and lovely parks, you shouldn’t miss the innovative Frontier Texas museum. This gem of an attraction tells the story of the native Americans,the bison hunters, the introduction of horses and the settling of Texas from the perspective of real life characters from the time. That might not sound that exciting, except the performers are full-sized holograph videos who look amazingly authentic as they spin their tales from the back of a covered wagon or behind a bar. It’s a beautiful museum packed full of entertaining information and even kids won’t be bored. If you’re camping, Abilene state park is just about 20 minutes south of town.

Dinosaur Valley State Park is one of the best places to see dinosaur tracks anywhere and if you can manage a reservation to get into this popular park, there’s a couple of giant fiberglass dinosaurs to greet you and get the obligatory selfie as well as great places to swim or picnic. Fossilized tracks are easy to find, some of them in the very riverbed where you’re swimming. There’s always new tracks being discovered throughout the park, so you can search to your heart’s content for evidence of the Jurassic period.

Waco is famous for inventing Dr. Pepper and it’s museum is definitely worth a stop to learn about the nation’s oldest major brand of soft drink. If you’re a fan of Fixer Upper, you can drive by homes that were upgraded and updated on that show and possibly even run into the creators, Chip and Joanna Gaines in one of their restaurants or shops. Speaking of TV shows, Netflix’s Waco has renewed interest in the Branch Davidian community that made headlines decades ago. You can visit the rebuilt church and have a chat with some of the members who lived through the ordeal. Waco also has the Waco Mammoth National Monument if you haven’t had enough prehistory.

As you make your way the last few hours back to Houston, you can stop at College Station and visit the beautiful George Bush Presidential Library. The library was closed when I visited, but the grounds are beautiful and provide access for the family burial site and final resting place of Barbara, George and their daughter Paulina. 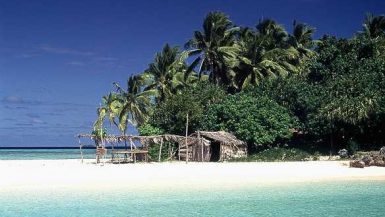