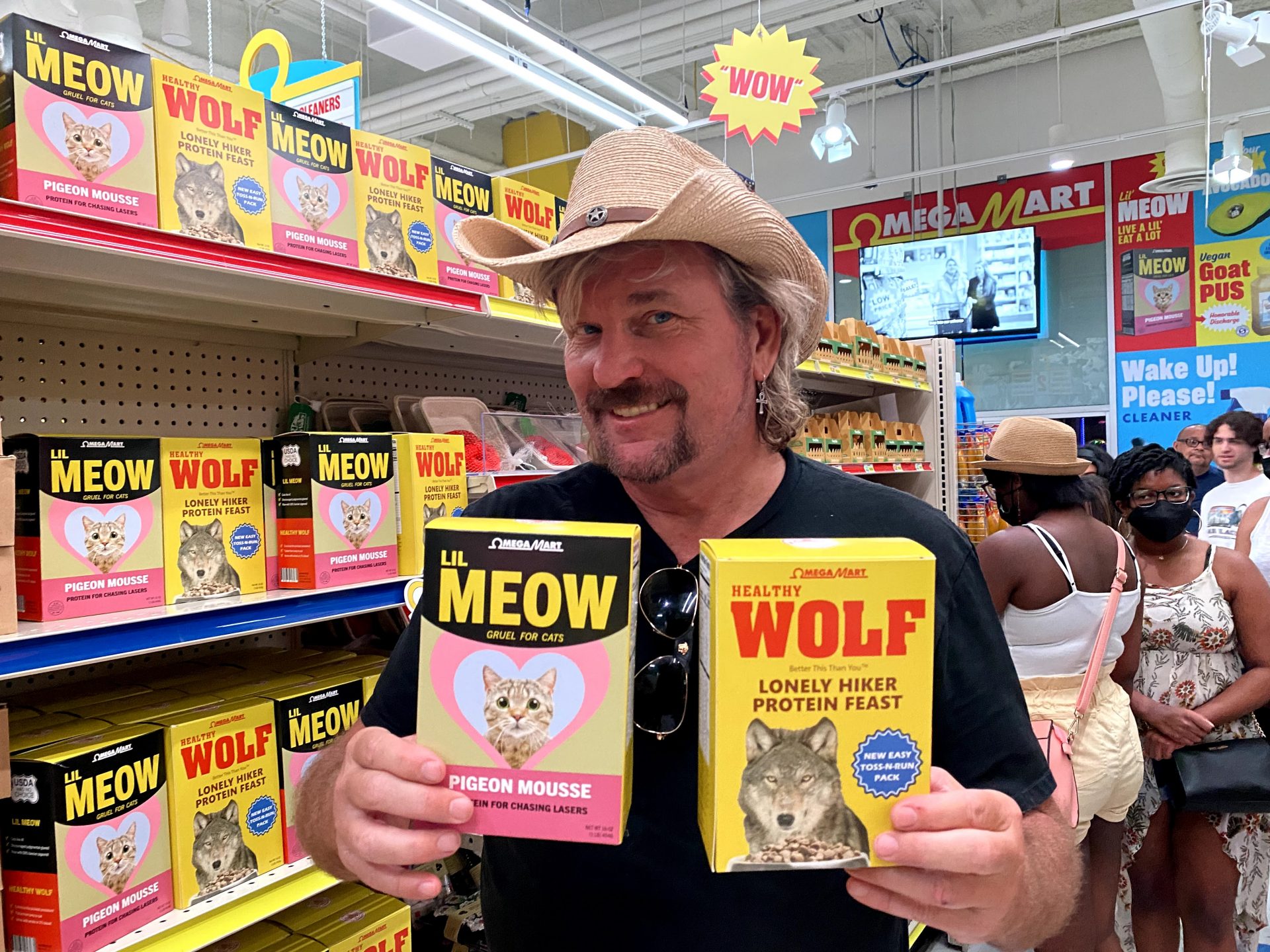 Art, Aliens and Avocados with Zippers

Meow Wolf Might Be The Coolest Museum in the Universe

It looks like a grocery store at first glance. There’s poster sized ads for the latest products and customers are wandering around with shopping baskets. The employees are wearing their Omega Mart shirts as they restock the merchandise, but something just doesn’t feel right.

Maybe I didn’t trust the cans of dehydrated water or the “engineered” square peas. Then there was the ubiquitous posters for Zalg, “America’s forgotten vegetable” and avocados with zippers. The meat market’s proud displays of rows of “tattooed chicken” and Mona Lisa embossed bologna aroused my suspicions.  Then there was the disturbing hamburger meat sculptures of “The Thinker” and Michelangelo’s “David” adorning the butcher counter. I’d never heard of any of the oddly named soft drink brands. Did these strange products come from some other dimension or alien planet? Yes. Welcome to Meow Wolf.

There’s two Meow Wolf museums, one in Santa Fe, New Mexico and the Omega Mart at Area 15 in Las Vegas. A new one is scheduled to open In Denver in late 2021. Meow Wolf museums are collections of visual art from local artists unified with a backstory that involves supernatural or alien forces, hidden “portals”, bizarre video, interactive electronics and lighting effects. More of a maze than a museum, guests can walk around the various rooms taking selfies or read and interact with the media scattered throughout the museum to try and understand the story. Meow Wolf is not your dad’s museum. There’s no Van Goghs or Georgia O’Keefes hanging in these halls. You’re much more likely to encounter some inter-dimensional swag and space propaganda than a Dali painting. On second thought, Salvador Dali would have loved Meow Wolf.

So how does one cross from the grocery store into the other dimension called “the source”? I wondered. I was walking past the noodle pillows when I saw someone crawl into a camping tent display to never re-emerge. I followed their lead and  found myself in a dark tunnel with a light ahead. Suddenly I was in a room that looked like a lounge on an alien planet. The music was seductive, the video projections hypnotic. A labyrinth of interactive rooms are connected together by a story line that has to be learned or interpreted, but every space has a surprise.

One room I stumbled into was pitch black dark except for a grid of red lasers that created music and sounds when I walked through. Another had giant mirrored heads with colorful projections. The lighted spinning gear room was incredibly interesting. Interspersed with the alien rooms are human offices that show frustrated employees having zoom meetings that seem to indicate  that the owner has sold out to extraterrestrials and things are not going according to plan. Leave it to corporate to facilitate the destruction of earth!

There’s a room with a locker that turns out to be another secret door. There’s pods with research , computer screens and buttons  that do weird things when you touch them. Are you learning anything as you navigate these funky crawl spaces and slide down tubes to reach the bottom floor? Maybe. Maybe not, but you’re likely to have a great time exploring though.

In Santa Fe, Meow Wolf is housed in a former bowling alley. Rather than a grocery store concept, the entrance is a family home. At first look, there’s some unsettling artwork and letters alluding to some issues with extraterrestrials in the family room. It doesn’t take long to deduce that the home is riddled with vortex passages that transport the visitor to extraordinary interplanetary destinations. The refrigerator is a portal into another world. Ditto for the dryer and the closet. What makes this work is that it’s the exact opposite of every other museum you’ve ever visited. Open any doors you want, touch things, see what happens. Try that at a “normal” museum and you’ll hear alarms go off. MW is every kids’ dream.

Adults seem to love it too. There’s plenty of high-tech effects, subtle humor and unexpected surprises to entertain even the most jaded visitor. As an art fan, I was fascinated to see how all the different art styles (each room is created by different artists) could be segued together to create such a cohesive attraction.

It took about 2 hours for me to visit each one but i could have spent twice as long if I’d taken the time to read the newspaper clippings, journal entries and scientific papers scattered throughout the museum. There’s no doubt that there’s lots of well-thought out stories that the creators spent countless hours to invent. However, the opposite is true with their name.

So, how exactly did they come up with their moniker anyway? Legend has it that contributing artists put random words in a hat and pulled two out. Whether it was Wolf Meow at first or Meow Wolf is anyone’s guess, but the name stuck and these guys are going places. Who knows? Your city might be next. 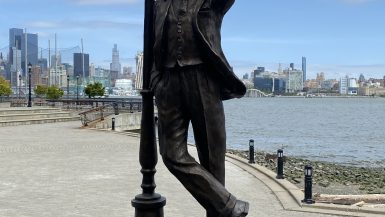