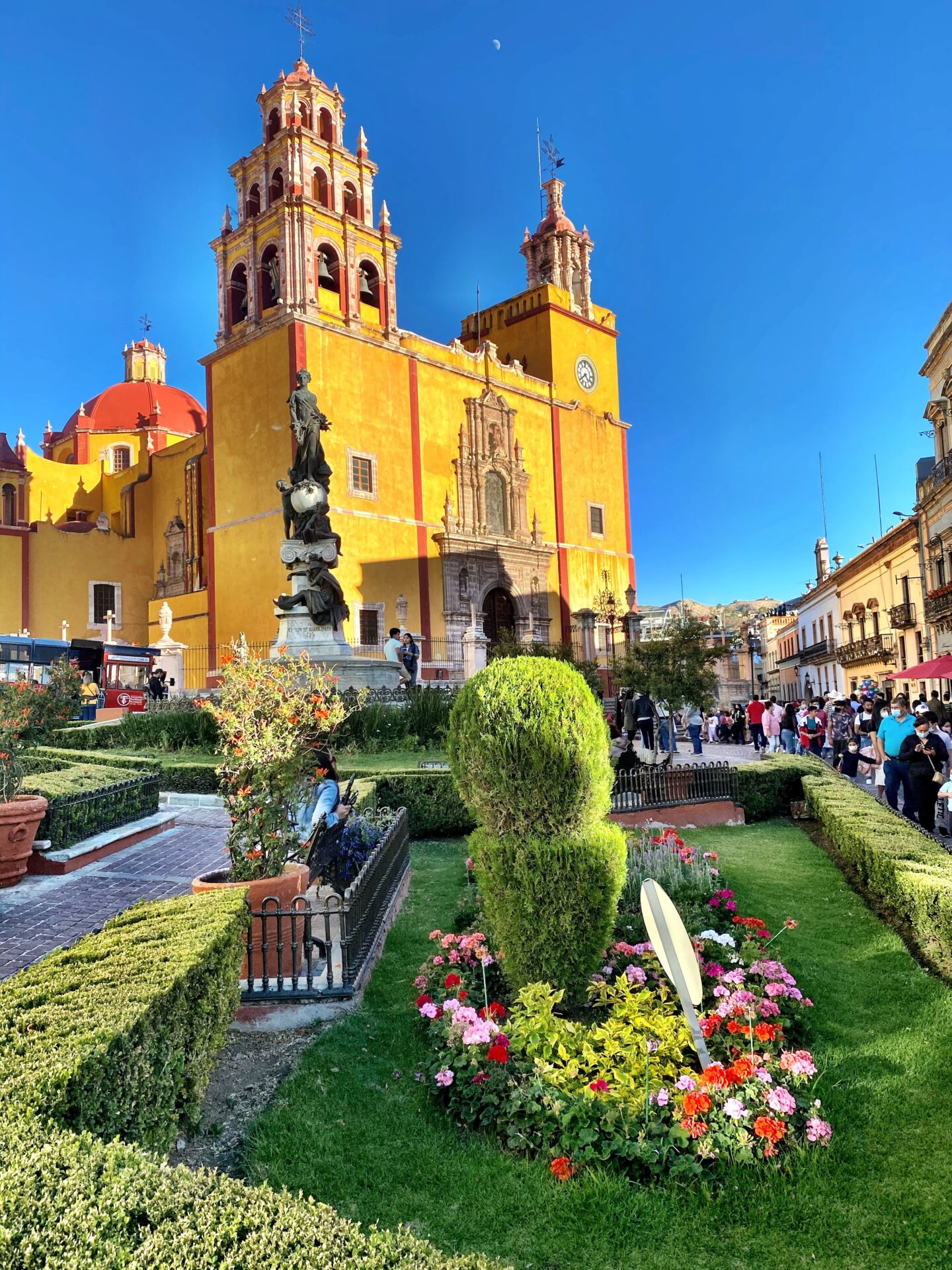 Visiting The “Other” Mexico

Mexico has been one of our best friends during the pandemic. While practically every other country in the world has shut Americanos out of their borders, Mexico has welcomed gringos with open arms. They’ve spearheaded responsible tourism as well. Every plane, bus, hotel or store has a temperature checker, masks are required in public places, there are antiseptic floor mats to treat your shoes and hand sanitizer required to enter any building. Any significant gathering of people requires walking through a chemical misting machine.

The country has its share of silly rules too: shutting down entire town squares with yellow tape, closing archaeological ruins, and locking up cemeteries, but hey, nobody’s perfect during this craziness.

What many Norte Americanos don’t realize is that are not very many countries in this world that are even half as interesting as Mexico. This nation has it all, archaeology, gastronomy, UNESCO sites, natural wonders, and it’s right next door. I’m not talking about visiting Cancun or Cabo. Those are great destinations for being lazy and spoiled, but if you want to delve into fascinating history and ancient culture, you have to start from it’s capital. Mexico is a wonderful composite of ancient civilizations, Spanish culture, and tequila all rolled into one delicious package.

I decided to visit the most beautiful cities of Mexico. There’s lots of places that might be on that list, but the most consistently chosen and accessible towns seemed to be within 2- 4 hours of Mexico City. I made my list and then created my driving route using Google Maps. Since I wasn’t sure how long I was going to spend in each town, I didn’t book anything except for first two night’s hotel in Mexico City. I’ve found that putting myself on a schedule when I’m uncertain of driving times, delays and how much I’m actually going to like a place can turn a trip into a race against time.

How did I do it? I flew to Mexico City one way ($100 from Houston). After spending a few days visiting the capital, I rented a car and hit the road. Mexico has great highways, but you have to pay for the faster toll roads. Most do not accept credit cards, so you’ve got to have Mexican cash handy. I made a clockwise circle starting from Mexico city and ending there. After completing my route, I booked a ticket back from Mexico City. You can follow my itinerary and have some amazing adventures.

Is it safe? I’ve traveled to almost every state in Mexico, and in my numerous voyages I’ve yet to run into any cartel henchmen or kidnappers. It’s my opinion that there are parts of Mexico that are dangerous, but they’re usually not the places where tourists go, and using common travel sense and not driving or going to isolated places at night is a good start for keeping you out of trouble. Some of the towns mentioned here are among the safest in the country.

Teotihuacan and Xochimilco– These two towns are nearly two hours apart, but I was able to visit both in a day. Teotihuacan is about an hour north of Mexico City and is well known for it’s huge moon and sun pyramids, ruins, as well as it’s picturesque town. If you arrive early, you can beat the heat and see most of the ruins in a few hours. After you’ve visited the archaeological site, there are several underground cavern restaurants nearby which make a unique stop for lunch or a drink. There are regular direct buses that will take you from Mexico City’s north bus terminal directly to Teotihuacan and back. They’re comfortable and inexpensive. Once you return to the bus terminal from Teotihuacan, you can take an Uber to Xochimilco for less than $10. This southern suburb of Mexico City is full of ancient waterways built by the Aztecs to transport goods. Now, these canals have been fitted with colorful boats where an oarsman steers you along the banks while you people watch and knock back a few Mexican beers. You can hire a group of mariachis to hop onto your boat and play a song for $7. You can buy food, drink and souvenirs along the way as well. Sunday is the most popular day for locals, when the waterways turn into a giant fiesta of brightly colored boats.

Monarch Butterfly Biosphere- About 2 hours from the Mexico City, the state of Michoacán is host to one of the most amazing insect displays in the world. Monarch butterflies arrive during the winter months and then fly to Canada in the spring. Most of the sanctuaries are located within half an hour of Ocampo. There’s not a lot going on in Ocampo other than a few restaurants and a place to regroup, so stay in Zitacuaro, 40 minutes south or the beautiful city of Morelia, about 2.5 hours west. There’s a total of 8 sites, but tourists can only visit El Rosario and Sierra Chincua. The millions of butterflies cluster together on the trees and when the sun comes out, they come alive. Imagine walking through a cloud of butterflies. It’s an amazing experience unlike anything you’ve ever seen. The butterflies don’t live long enough to make it to Canada, so it actually takes 4 generations of butterflies to get there and return. How and why is a mystery, but you can see the butterflies from November until March.

Janitizio/Patzcuaro– The unusual little island of Janitzio is another Michoacan treasure. This mountain in the middle of Lake Patzcuaro is the number one place in Mexico to visit for Day of the Dead, but is interesting any time of year. To get there, take a boat from the town of Patzcuaro to the island. Once you’ve disembarked, there’s a spiral uphill road through shops, souvenir stalls and restaurants to get to the top. There’s a park at the peak with the quirky statue of Jose Maria Morelos with his fist extended upwards towards the sky. It’s an odd enough looking sight, but even stranger when you realize that there’s a museum and winding staircase inside the statue. You can climb to the top for great views of the hyacinth covered lake and smaller islands. The cemetery is an interesting site as well, and the setting for one of the most celebrated holidays in Mexico, Dia de los Muertos. The island makes a great day trip and can be paired with an overnight in Patzcuaro, one of Mexico’s pueblos magicos (magical towns).

San Miguel de Allende wins my personal award for being the most beautiful city in Mexico. It’s pink cathedral rises from the zocalo and it’s colonial buildings are meticulously maintained and painted. The town is full of art galleries, lively bars, boutiques, great restaurants and oozes Mexican culture at the highest level. It’s so picture perfect, you might think you’re visiting Mexico at Epcot. Besides it’s beautiful squares, cobblestoned streets and colonial buildings, SMA was the setting for the Robert Rodriquez film, Once Upon a Time in Mexico. It’s also home to lots of Americans who prefer to live on the other side of the Rio Grande. You may never want to leave.

Guanajuato is San Miguel’s main competition when it comes to Mexico’s most beautiful cities and a UNESCO world heritage city. Guanajuato is a former mining town riddled with tunnels that were used to extract some of the largest deposits of silver in Mexico. Now these twisting labyrinths are repurposed as the roads of the town, intersecting underground and creating shortcuts for pedestrians to get around the city. As a driver, it’s challenging and terribly interesting at the same time. Above ground, there’s beautiful museums, cathedrals and perfectly preserved colonial buildings. The most famous tourist stop is the Mummy Museum. A collection of over 100 preserved bodies dug up from the local cemetery are on display and is about the most macabre thing you’ll ever see. The tortured facial expressions and twisted bodies will haunt you and your Instagram page long after you’ve left the museum.

Santiago de Queretaro is a UNESCO city and is worth a stop to see it’s collection of amazing 17th and 18th century buildings, as well as it’s beautiful aqueduct. It’s got a big city feel and doesn’t quite have the cool vibe that San Miguel de Allende and Guanajuato have, but it’s not without it’s charms. The city makes a good overnight for visiting the beautiful Pueblo Magico town of Bernal.

Pueblo Magicos– Several years ago, Mexico decided to kick up it’s tourism game by selecting the most unique and beautiful towns in the country and designating them as magical towns or Pueblo Magicos. I’ve visited around 20 of the 121 and I’m always surprised and impressed at what each one offers. If you’re traveling through Mexico, acquainting yourself with the ones that might be near your route can add some very interesting spots to your trip

Puebla/Cholula– Two hours east of Mexico City puts you in Puebla. A sprawling city with a beautiful historic center boasts one of Mexico’s prettiest zocalos, a lively art scene and lots of things made from Talavera, Puebla’s world famous tile. Two volcanoes rise to the west of the city as you head to Cholula, which is touted as Mexico’s oldest continuously occupied city. It’s also the site of the great pyramid of Cholula, which is the biggest pyramid in the world. Much of the pyramid has yet to be excavated, but a visit to Cholula will keep you busy for a couple of hours. The town is charming as well, and has quieted down from the days when Cortez roamed the streets.

Taxco– Taxco is one of Mexico’s most interesting towns. Two hours south of Mexico City (and halfway to Acapulco) this city built in the mountains is the place to buy silver and hang out for a few days. It’s winding narrow cobblestone streets snake up to it’s main square and famous cathedral. Breathtaking views, great restaurants, and beautiful old buildings impossibly perched on surrounding cliffs is a little reminiscent of Santorini without an ocean. There’s lots of great rooftop restaurants where you can drink a margarita and listen to the cathedral bells while the sun sets. If you’re feeling ambitious, you can visit an old silver mine or Casa de Figueroa, a colonial house with a dark history and hidden tunnels.

Visiting these towns will give you a completely different perspective of Mexico that most Americans never take the opportunity to see. If you travel fairly quickly, you can do this entire itinerary in about 2 weeks with stops in Pueblo Magicos. Hotels and food are very inexpensive. There’s unique experiences you won’t find anywhere else in the world. What are you waiting for? 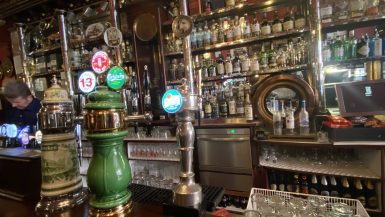