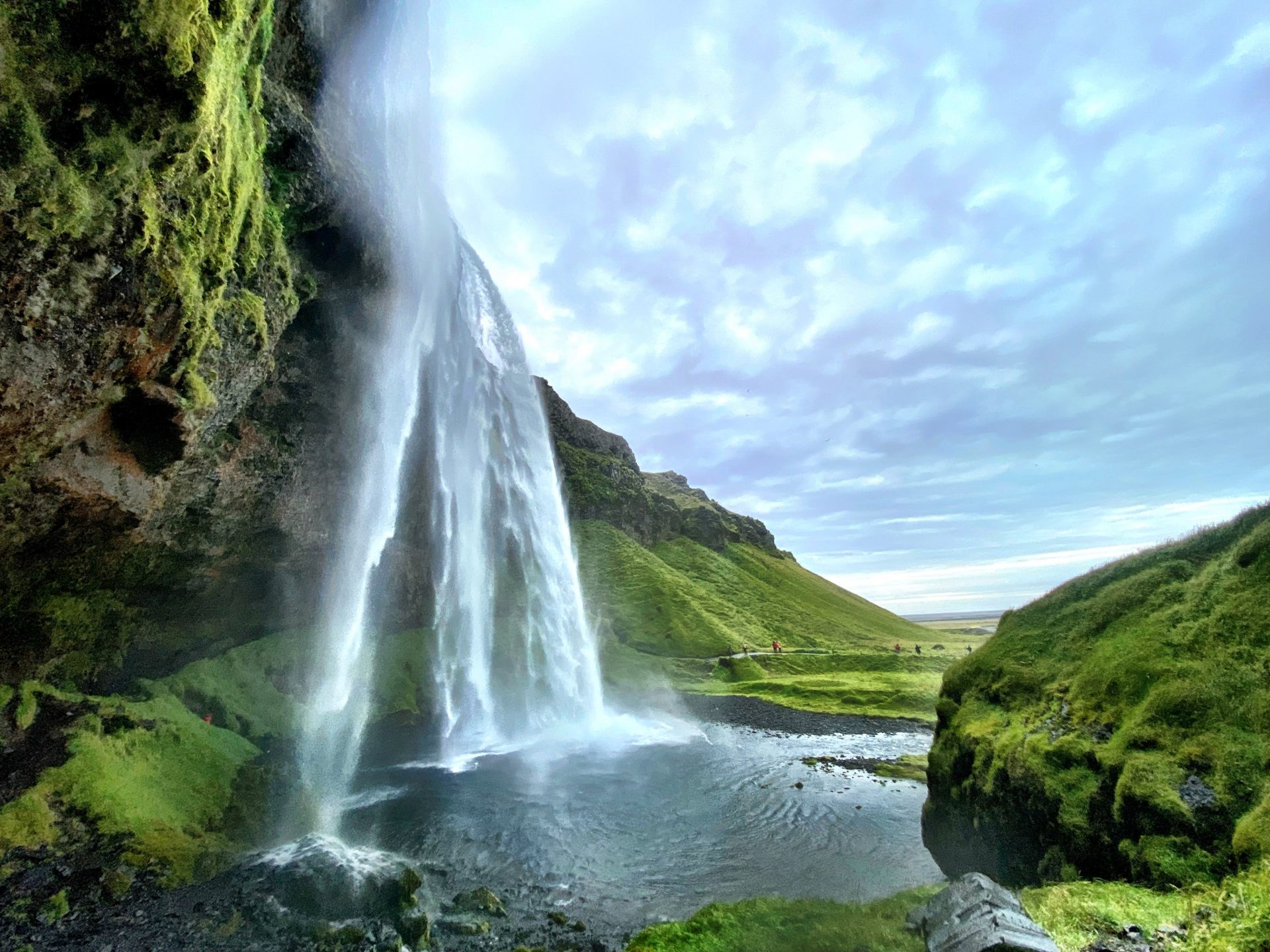 Driving All the Way Around Iceland

Iceland might seem like an exotic faraway destination to many of us, but it’s actually closer to Boston than Las Vegas. Plus, if you’re planning a trip to Europe, you can usually get a free stopover to this Nordic country. Whether you’re staying for a day or a week, Iceland is full of fun things to see and do.

Iceland can be an expensive stop however, with food prices, gas and hotels as much as double or triple US prices, but if you plan ahead, you can have an incredible trip and not have to take out a second mortgage. I’ll tell you how I was able to visit the entire country in about a week.

First, the good news. All of Iceland’s natural wonders are free to visit. A few of the busier attractions have paid parking, but every national park is 100% free. There are so many jaw dropping sites in this country, you’ll wish you took photography lessons. There’s no tolls (except for one tunnel), no security personnel to keep you from doing dangerous things to yourself and everything is open 24 hours. Seriously, even your tenth waterfall stop will astound you. Everything is extremely rugged, huge and magnificent.

Car rental starts at around $120/day. Unless you’re going to hitchhike or stay in Reykjavik your entire trip, you’re going to need a vehicle. For slightly more than an economy car, you can rent an SUV with a pop-up tent on the roof. For $150-200/day you can get a van that’s outfitted for camping. Either option is great in the summer, since you’ll be able to save a significant amount of money on hotels. We opted for the tent. I have traveled this way through Africa in past trips and thoroughly enjoyed my adventures with the flexibility of being able to stay anywhere.

There’s campsites available through Iceland with showers and restrooms, but it’s pretty easy to find a remote spot for free as well. The campsites we discovered didn’t have much interaction with other guests other than shared bathrooms. The other campers mostly kept to themselves in their tents or vans. We alternated between camping nights and hotel nights, but many travelers do the camping their entire trip. Diesel is about $6.50/gallon. Depending on the distance traveled, I found myself spending $50-$80/day on fuel. Basic hotel prices in most areas start out around $150/night. Hostels and guest houses a little less.

Restaurants are expensive. On the plus side, tipping isn’t necessary and tax is already included, so a $35 pizza or $45 restaurant entree is really almost 30% less after you mentally adjust the price. Grocery stores aren’t  cheap either, but we stocked up with sandwich ingredients, instant soup, fruit and bottled water which is great for road trips. If you have the forethought to bring a thermos or portable water warmer, you’ve got both soup and coffee options on the go.

If you choose a camper or even a hostel, bedding is not necessarily included. You either have to rent or provide your own. We discovered this the first night we tried to camp and found nothing more than a couple pillows and a foam mattress with a sheet when we popped open our tent. We were lucky enough to book a backup plan on Airbnb last minute, but discovered that we had to pay an extra $25 for bedding once we arrived. The next day we went to a Salvation Army thrift store where we found nearly new sleeping bags for $4 each. We also picked up a couple jackets.  Thrift stores are a great travel hack if you need stuff temporarily and don’t want to pay a lot.Since the remainder of this trip is in warm countries with no camping, we were happy to re-donate them on our last day in Iceland.

Liquor is also expensive. A mixed drink costs around $20 and buying a bottle from the state liquor shop, Vínbúðin can be triple what you’d pay at home. The airport duty free shop is your best option for spirits or beer. Beer sold in grocery stores and take away restaurants is either very low or zero alcohol even though the labeling doesn’t always indicate as such. So if you like to drink while you’re traveling and don’t mind mixing your own, you’ll save hundreds of dollars by stopping at the duty free.

The ring road (also known as Highway 1) circumnavigates the country and takes about 24 hours if you never stop. A lot of Iceland’s attractions are near the highway and with the addition of a few other side routes, the golden circle, the diamond circle and the Snaefellnes peninsula, you can catch the most important sites in the country. Most of your itinerary will be natural wonders since  Iceland only really has two major cities, Reykjavik and Akureyri. Amazing waterfalls, glaciers, floating icebergs, an active volcano, geo-thermal areas, strange rock formations, beaches and birdwatching make up the majority of things to see. Between September and March, you may have an opportunity to see the aurora borealis, or northern lights as well.

Icelanders are minimalists and there never seems to be an overabundance of anything. Clothing and buildings are functional and not flashy. Convenience stores close inconveniently early. Shops are missing many things that you’d expect to find, so It’s best to bring electronic and camera equipment with you, chargers, adapters, and anything you plan on wearing or using. There’s not much emphasis on service in the Icelandic culture . You always need to double check what is included in pricing and be aware that stores close early and it’s not uncommon to visit a restaurant or business that’s locked up for no apparent reason. You’ll bag your own groceries, pump your own gas and no one will ever try to sell you anything or start a conversation.

Iceland has several unique foods you won’t find on many menus. Reindeer burgers, whale steak, smoked puffin, and the extremely non-delicious hakari (fermented shark meat) are the most exotic, but Icelandic meat soup, rare or cured lamb, char(northern fish similar to salmon) and dried or pickled fish are also interesting. Iceland is surprisingly famous for it’s hot dogs. A combination of dried and diced onions, a mix of remoulade, brown mustard, mayo, ketchup and a good quality frankfurter (sometimes wrapped in bacon) makes Iceland’s dogs a worthy opponent to its Chicago or New York counterparts. Reykjavik has Iceland’s only Michelin starred restaurant, Dill, but you’ll have to book several months in advance to enjoy its tasting menu.

Iceland has an active volcano (Geldinadalir) that first erupted in March. The hiking trail begins less than an hour from Reykjavik and it will take about an hour to get to the rim overlooking the lava flow. Volcanos are unpredictable, so one day you might see hot lava, the next just smoke. The weather is ever changing as well and can go from peaceful to hellacious in moments. There’s a live camera feed for those who want to see what they’re getting into. Many hikers opt to hike around dark to see the lava better. It’s worth the drive and walk. Like the rest of Iceland’s wonders, it’s bigger and cooler than what you probably imagine.

First day– Reykjavik- visit the phallus museum, have a reindeer burger and grab a local draft beer at the Lebowski bar. Bastard Bar has a great crowd as well. Visit the famous hot dog stand that’s been in business since 1923. If you want a Michelin star restaurant experience, book ahead at Dill.