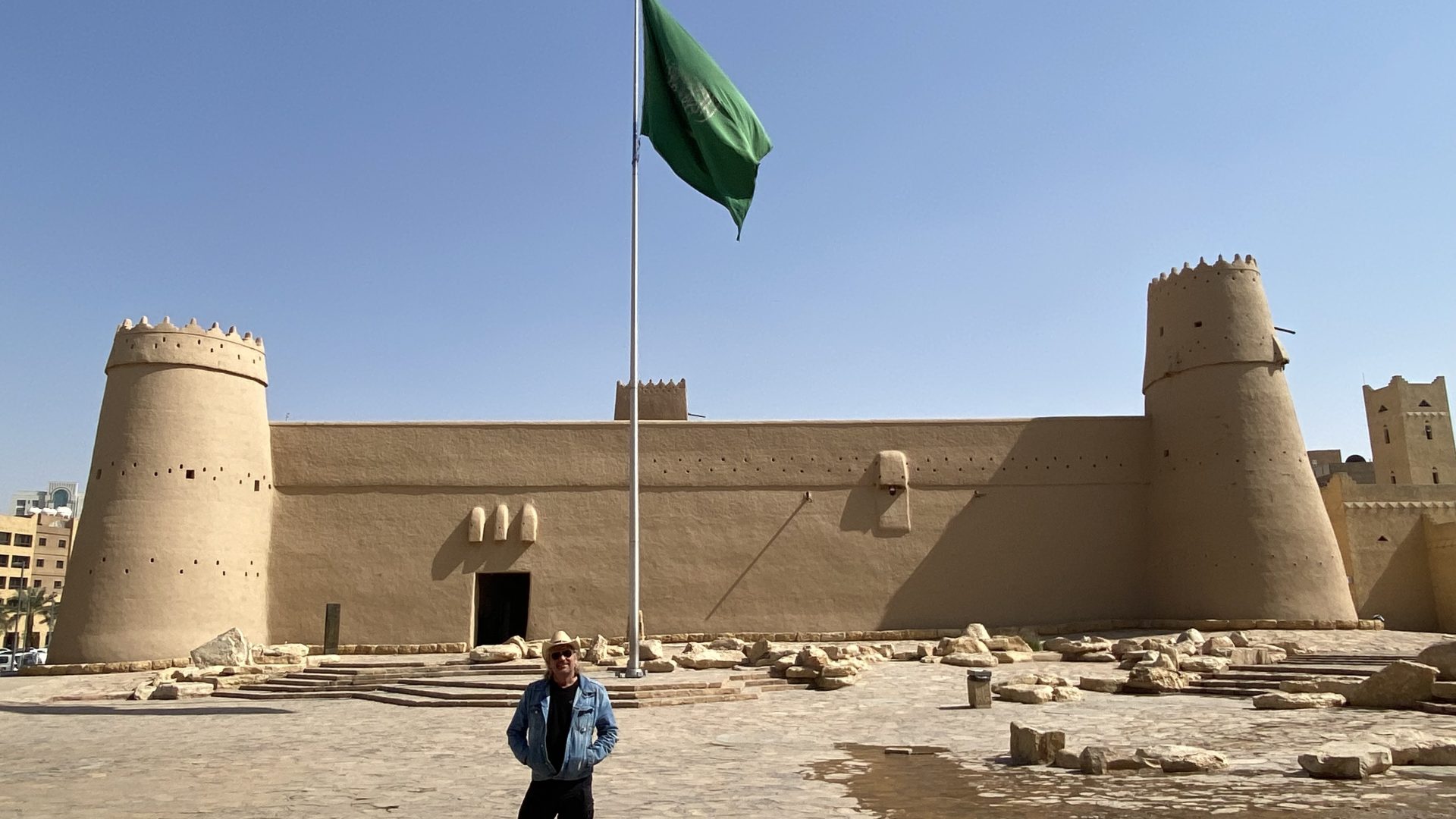 Getting into The Kingdom

Four years ago it was nearly impossible to get a tourist visa to the Kingdom of Saudi Arabia (KSA). However, with sweeping new changes from the new king, women are now allowed to drive (woohoo!) and tourist visas can be had online in less than 15 minutes. The floodgates are now officially open.

The two most visited cities, Jeddah and Riyadh  have well connected airports from most international destinations. At this time of writing, you need to be aware if there’s any quarantine requirements from the country you’re flying in from. Departures from Egypt and Turkey, for example, require a 5 day lockdown quarantine in an approved hotel.  You can also come through the “back way” by bus from Bahrain as I did (remind me to tell you that story). Besides these huge cities, KSA is a big country full of beautiful oasis towns, ancient ruins and ubiquitous oil and gas communities.

I entered the country on a bus from Manama and hired a taxi to drive me from the border town of Dammam to Riyadh. The train was my first choice but apparently one has to book it early on a holiday. The 4 hour drive was mostly desert road filled with crazy drivers, but I was pleasantly surprised when we reached the city lights of Riyadh . It’s downtown area is the most interesting part with its 99-storey Kingdom tower who’s two peaks are connected together by an enclosed sky bridge. It’s a great view of the city and a nice way to get a perspective of how Riyadh is laid out. We rented a car from the airport and visited as many places as we could squeeze in.

The Globe is another popular spot for high-rollers who like to smoke cigars or don’t mind the $100 pp minimum charge to dine inside the globe itself.

Not that a giant globe restaurant  inside a skyscraper makes any sense, but I was willing to slap down $20 to go to the observation deck and look at the BOTTOM of the globe and down at the commoners below. Did I catch a whiff of cigar smoke? Was that the clinking of champagne glasses? Quite unlikely since alcohol is not allowed in the Kingdom. When you sanitize your hands at the entrance, you might want take a quick whiff. That’s the only alcohol you’re getting on this trip.

I visited the globe at night and the skywalk during the day. Two completely different experiences.

Riyadh also has a very unique restaurant experience that has to be seen to be appreciated. Nadj Village is a local favorite eatery with private traditional  carpeted rooms where patrons sit and enjoy their dining experience from a mat on the floor. The Sufra special for two can easily feed 5 or 6 people and is a giant feast of food I’d never tried or heard of before. Tahini was the only dish I recognized. There’s lots of other fun food experiences around Riyadh. I stopped in a local falafel joint that makes falafel pizzas. Who doesn’t love that?

Masmak fort played a huge role in the current history of KSA and visits are free. The museum of Saudi Arabia history covers everything from dinosaurs to now and is a very interesting insight to how this country went from nomadic tribes to Uber-rich kingdom in 90 years.

About 2 1/2 hours outside the capital is the “edge of the world”. It might sound like a Tom cruise movie, but it’s the Grand Canyon of KSA. Most adventurers sign up with a tour company, but it can be done in a 4WD with a good map. If you don’t want to rent a car, Uber and US phones work fairly well in Saudi, depending on your international plan.

The latest greatest place to visit in KSA is Hegra in the NW part of the peninsula. The “Petra of Saudi” has just come onto the tourist radar since tourist visas started and it won’t be long before you read about it somewhere else or see it advertised on vacation sites. This archaeological site is shrouded in mystery but was built by Nabateans (who also created Petra further north) and is a collection of desert mountains with buildings and amazing facades carved into the rock. You have to set up a tour, however. DIY itineraries aren’t allowed and you might get lost trying it anyways. The easiest way to get there is to fly to Ul Ala and use that as a base.

Mecca is still a no no for non-Islamic visitors, but there’s been a steady influx of robed infidels hacking the system and walking around undetected. In past times penalties could be high. Saudi has a history with extreme punishments like beheadings and hands being cut off for serious crimes; being deported is a more likely consequence in the new regime, but times are changing and it’s only a matter of time before this wall comes falling down like Berlin.

I finished my trip in Jeddah, the most laid back progressive city in KSA. I half expected a pina colada on my arrival after reading about it, but  Saudi Arabian rules still apply and I never made it to the beach. There’s a lively fish market, a couple of interesting mosques (including a floating one), but my favorite part of Jeddah was Al-Balad, the old part of town. The winding streets almost have a European feel to them with amazing woodwork on the shutters and doors. The historic Nassif house is the center and there’s a massive restoration project in what seems to me to be another sign that the kingdom has big plans for tourism. The king has already shaken up the system so much, I expect that it’s only a matter of time before the  alcohol rule (which keeps a lot of potential visitors out) becomes more lenient for tourists. Until recently, non-married couples weren’t allowed to stay together in a hotel room.

Don’t miss an evening stop at King Fahad’s fountain. A giant stream of water is propelled from the Red Sea into the air at a height taller than the Eiffel Tower. It’s lit at night and locals sit in the park along the water enjoying the spectacle and the chilled-out ambience.

It’s an interesting time to visit the kingdom before it completely changes. Everyone I met was helpful and friendly. i found all my pre-conceived notions about this country to be completely false. Maybe it’s not your idea of how you’d like to spend your vacation, but why not have a stop before you hit that retreat in Antalya or Greece? That frozen cocktail will taste even sweeter. 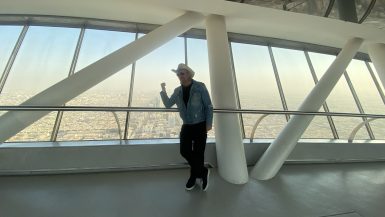 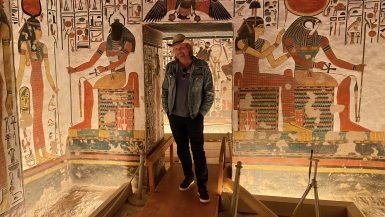 My Date With An Egyptian Princess