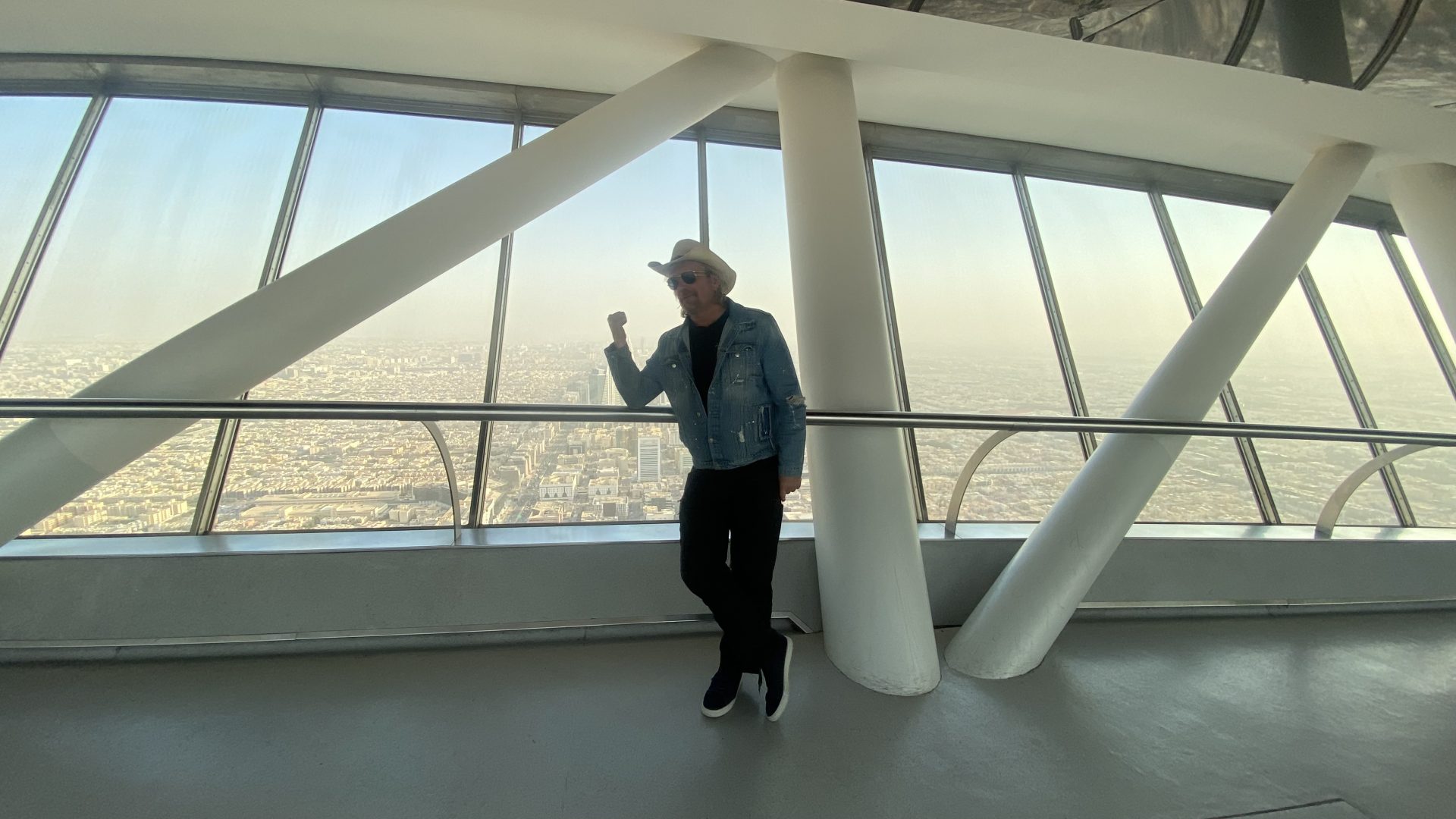 I had a premonition before I even arrived at the airport. Saudi Arabia has never been an easy country to visit. I rechecked the airline’s website just to be sure I had every document I might be asked to produce. Five security checks and one shuttle bus later, I found myself in front of the counter amidst piles of giant plastic wrapped suitcases and robed figures scurrying around. Arabs seem to have more luggage than anyone else at the airport.

I showed the airline clerk my passport, covid test, visa, hotel reservation, and itinerary but there was a problem. Because I had landed in Egypt, I was required to quarantine for 5 days. The first problem is that I only have 4 days to visit. The second is that the guesthouse I booked wasn’t on the list of approved quarantine hotels.

Why would I want to go to a country where I was going to be quarantined? Well, the first reason is that I think it’s highly unlikely that I’m going to be forced to stay in a hotel if I have a US passport, 3 Moderna shots and a brand new negative COVID test. It’s the getting through the airport “gate-keepers” that’s the challenge. Secondly, the rest of my trip hinges on the Saudi connection. My flight to Sudan, as well as booked rental cars, hotels and lots of  time invested. I could stay in Egypt, but it’s my third visit and I’m ready for something new.

“Not going to Saudi” wasn’t  an option.

“You’re not going to Saudi” Mahmoud said. “You don’t have an approved hotel booking”. He took our passports and pretended to be doing something important, but he was doing nothing. I had decent internet for a change, so I got on the airline’s website to see what justification he was using to deny us. Sure enough, there was a list of approved hotels that satisfied the Egypt quarantine rule- Crowne Plaza Jeddah was one. I booked it for 4 days with the “pay at the hotel” option. Problem solved.

Mahmoud came back to announce that he had talked to the officials at Jeddah and they had denied our request. I showed him the new hotel booking. Nope. I had to book it through some government agency that no one had any information about. He wanted us to just leave but I was determined to find a solution. Hey tried wearing me down by just looking busy for half an hour, but i used the time to scour all the details in the company’s website. There was nothing that supported his decision anywhere to be found. I told him i wanted to talk to someone in Jeddah.

He finally gave me a WhatsApp number that didn’t work. After trying every possible permutation of area codes and apps, I went back and told him that we were not leaving until he helped find  solution. After a bunch of digging, he produced a website address on his phone that was supposedly the one we were required to book with. The entire site was wholly in Arabic. To make matters more inconvenient, the office opened at 9. Our flight was at 8.

This F***** airline (seriously, its name starts with an ”F”) has no concept of customer service. As badly as one is treated, its unlikely anyone’s getting any money back or compensation for being behind at the airport. After 2 hours of haggling, Mahmoud announced that he had forgotten to mention that we were required to book the quarantine hotel 3 days BEFORE the flight. None of this “information” Mahmoud gave us was available anywhere except his phone. Somehow we were supposed to just “figure it out” after reading and memorizing Flynas’s contracts, rules and regulations.

It was a stalemate. The flight was leaving and the 2 Ajnabis weren’t on it.

While we were trying to do damage control, a tall young English traveler joined us. Mahmoud had also denied him boarding for the same shady reasons. All the Arab travelers had boarded. Only the “westerners” had been booted. Caspar was well traveled and he had connections with a Saudi diplomat and a travel agency who had arranged everything for him. He was as frustrated as we were and we decided to regroup and pool our resources together. Stay in Egypt, go home or find another nearby country with a cheap connection. Those were seemingly the only options. Saudi wasn’t in the cards. Suddenly I had a thought.

I could see the look in Mahmoud’s face as I came back for a final question. We’d been engaged in a travel battle for over 2 hours and he was desperate for us to leave. What if we tried getting into Saudi from another country that WASN’T Egypt? He agreed that would probably work. If it didn’t, then at least we could try.

We looked at the map, COVID stats, entry requirements, visa fees, flight prices, and testing requirements. Where would we go? Turkey? Malta? Cyprus? Greece? Dubai? Oman? Qatar?  All were fairly close, but one stood out as the perfect solution: Bahrain.

Bahrain has a potential travel hack that is just too sweet to not try.

Bahrain is a tiny island country connected to Saudi Arabia by a bridge and due to its close proximity to “the motherland” and its relaxed rules, its a popular spot for Saudis to “unwind” (whatever that means). So, for 9 BD ($25) you can take the bi-daily bus either direction between Manama and Dammam, Saudi Arabia. Dammam is the 6th largest city in KSA, which makes it the perfect hub for train and airport connections.

Bahrain is known for its high valued currency and low COVID rate. When you arrive at the airport, you are immediately given a test and all of your information is recorded and you’re required to download an app that “keeps tabs” on you. It’s a little invasive, but if you’re trying to get into Saudi Arabia, there’s not a better choice.

After spending the night in Manama, we found our way to the bus station so we could arrange our ticket, then have a little time to enjoy Bahrain. We soon discovered that rather than having a choice from the 5 daily departures we’d read about, there was now only 2. One at noon, the other at 10:30 pm. We had less than 2 hours to return the rental car to the airport, Uber back and then talk to the official who would grant us passage on the bus. It was tight. We got back and were told that we needed printouts of our visa, PCR test and some special Saudi immigration form that required downloading another app and filling out our vaccination history (with an annoying number of captchas).

Whoever invented captchas deserves to be run over by at least 3 bicycles on a crosswalk on a bridge at a traffic light.

There was 10 minutes left before the bus was pulling out and we were still hurriedly filling out forms, whatsapping them to the guy nearest the printer while Caspar ran to get us all cash from the ATM. We put our luggage in the bus so that the company couldn’t leave us and at 12:05 we had a ticket and a stack of papers in Arabic.

We were asked if we had been to Egypt or Turkey (because apparently going to either one requires you to quarantine). “Of course not”, we replied. There’s a lot of stamps in my passport so most people can’t be bothered to look through them all. We shuffled onto the bus and started driving towards the bridge. It’s over 10 miles before you get to immigration, so if you’re not allowed into Saudi, there is a substantial hike back.

I wondered if I might be on an immigration “no no list” from the day before. I had done my best to cover any evidence of being in Egypt, but sometimes it just takes one slip-up to turn things sour. Being stuck in Bahrain would be bring a brand new set of travel complications and wasted airline tickets. We didn’t need that. My tickets got stamped. Apparently I passed the lying test and the bus ride began.

When we hit the border, the first stop involves looking through your passport and for Israeli stamps or other places that can result in denial. We got off the bus, gave the officials our paperwork and they didn’t question anything. The second stop was fine too. Or so it seemed. After we’d gotten back in the bus the driver returned, singled out the two of us and summoned us to the the office where several Arabs were arguing with health officials about getting in. My heart was beating fast as I prepared my speech. Would we be in trouble for trying to beat the system? Had they seen our Egypt stamps? Our friend was still on the bus, but he hadn’t been publicizing about our circumstances on Facebook like I had. I was already starting to plan my backup trip to Dubai or Qatar when we were called to the counter. The officer held up a copy of my vaccination card. He wanted the original. I keep it stapled in my passport so that problem was solved. “Do you want another wife”? He asked. I assured him that I was perfectly fine with no extra wives. That was it. I had been worried about nothing. We did fingerprints at the next station then a customs check of our baggage and we were in.

Once in Dammam, we hired a taxi to get us to Riyadh and then flew to Jeddah, our original destination. Determination and some “outside the box” problem solving won ultimately, proving once again, just because someone tells you something is closed, doesn’t mean you can’t get in. 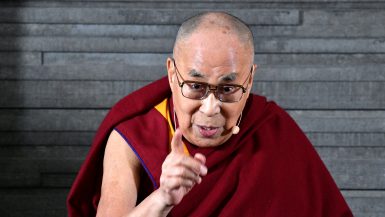