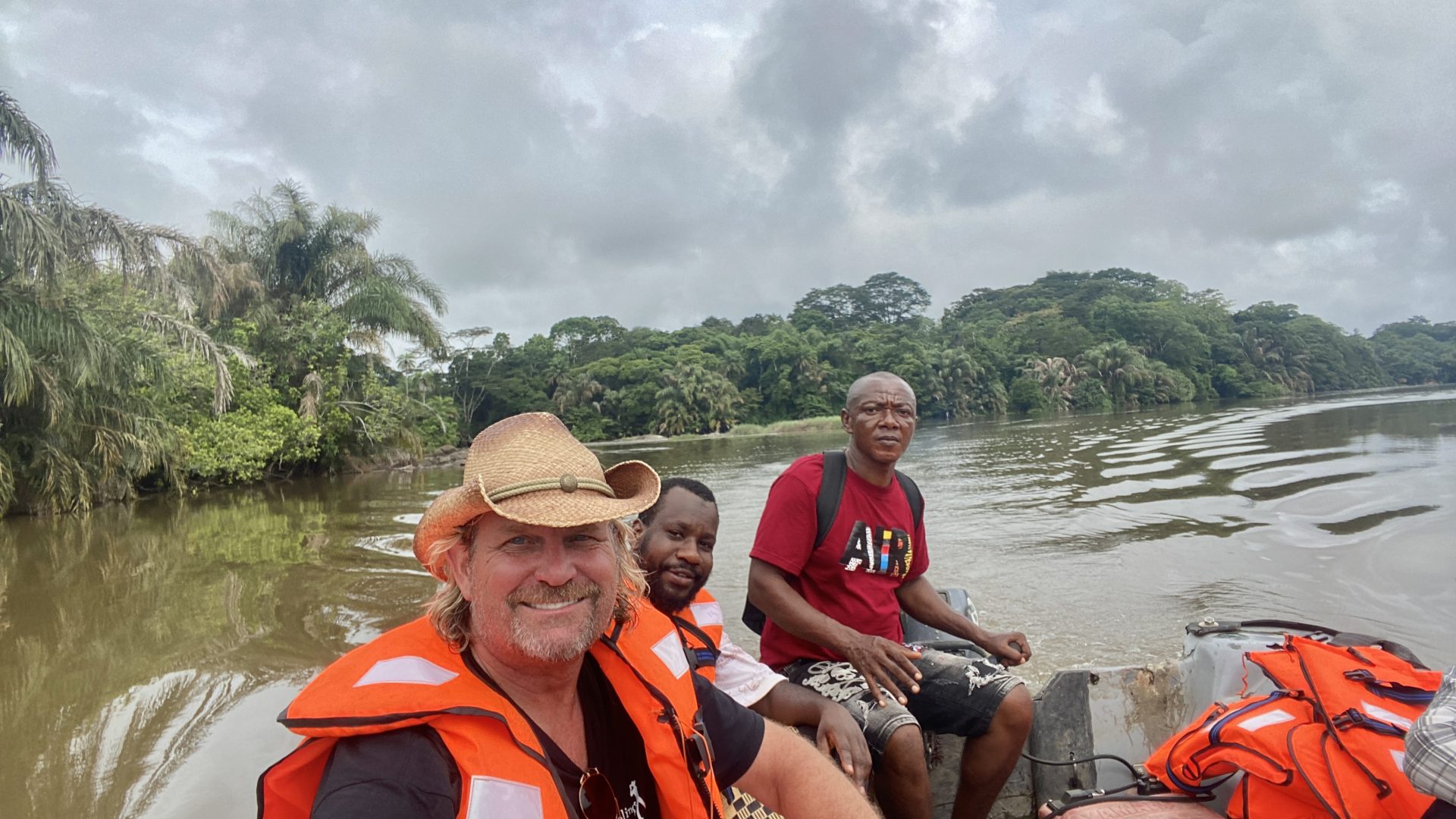 There’s three reasons that people end up in Sierra Leone. You were born here, you work here or you’re a jaded traveler looking for a challenging adventure in a country you’ve never visited. So here I am, crossing Siloan (as it’s affectionately called) and looking for the places that give me the most interesting perspective.

Everything I had heard about Tiwai Island fascinated me. The idea of staying on an island animal sanctuary seemed amazing. Situated near the Liberian border, it’s a 5 hour drive from the capital city of Freetown. The roads are mostly paved and the island has one of the largest concentration of primates in the world.

So we set off. We made it to Bo, SL’s 3rd largest city as nightfall set in. It’s not wise to drive at night in this part of the world, so we found a hotel to stay at so we could get an early start the following morning. ATMs aren’t very reliable in some parts of Africa and Bo was no exception. We found one that worked, and although the maximin withdrawal is 600,000 Leones (which sounds like a lot) it’s only $50 USD.

The paved road soon turned to red gravel, then to a potholed path full with water-filled ruts. Rustic hand lettered signs asssured us that we were on the right road. Soon we arrived in a small village and the end of the route. The entire population turned out to greet us. I did some magic tricks and juggling with rocks for the kids before a guide showed up to escort us to the landing.

We passed by traditional huts that had been made with mud and straw by the villagers. Most of the population were from the Mande tribe. It’s common to ask strangers not only where they’re from, but also their tribe in this part of the world. The village works together to get travelers to the island and provide food and guides.

A boatman ferried us across the fast moving chocolate colored waters. The rustic lodge consisted of a few screen-walled huts and a common area. A woman greeted us so that our needs could be arranged. There was a 2 or 4 hour option jungle hike, a night hike and a boat trip in a canoe to choose from.  I chose to do the 4 hour hike and downriver trip, dinner, lunch and a jungle hut for the night. Altogether it was about $60.

We left on the hike almost immediately. I had a chance to talk to one of the few white people I’ve seen in this trip, a Dutch man who had come over on a day trip. That’s a good option if you don’t want to spend the night without running water, electricity and other creature comforts.

It would have been easy to get lost in the trees  without a guide. We started on established trails, next we were hacking our way through the jungle with machetes. Other than large numbers of ants, there wasn’t much visible life on the ground. We heard the cries of the extremely loud yellow hornbills who flap their wings so loud, one might think they are pterodactyls. They’re easily the noisiest animals in the jungle.

After a lunch of couscous with a bit of chicken, we relaxed for a bit and then began our boat trip. Our navigator used a combination of oars and poles to take us up and down the river in search of pygmy hippos and other animals. The hippos are nearly impossible to spot, but the boat ride was still an adventure in itself. The currents are so strong in places, that we’d take small tributaries through the jungle to avoid the rapids. There’s lots of primates, but they’re so high in the trees, it’s a challenge to photograph them.

There’s no phone service on the island and to request a boat to the mainland is done the way it’s been done for centuries; a drum or loud call to summon someone from the village. Other than a dim light powered from solar energy from the earlier daylight, there’s not a trace of technology anywhere. We survived the night and eventually made it back to the mainland, telephone service and Facebook, just in time to quell any rumors that I might have gone missing in Africa.