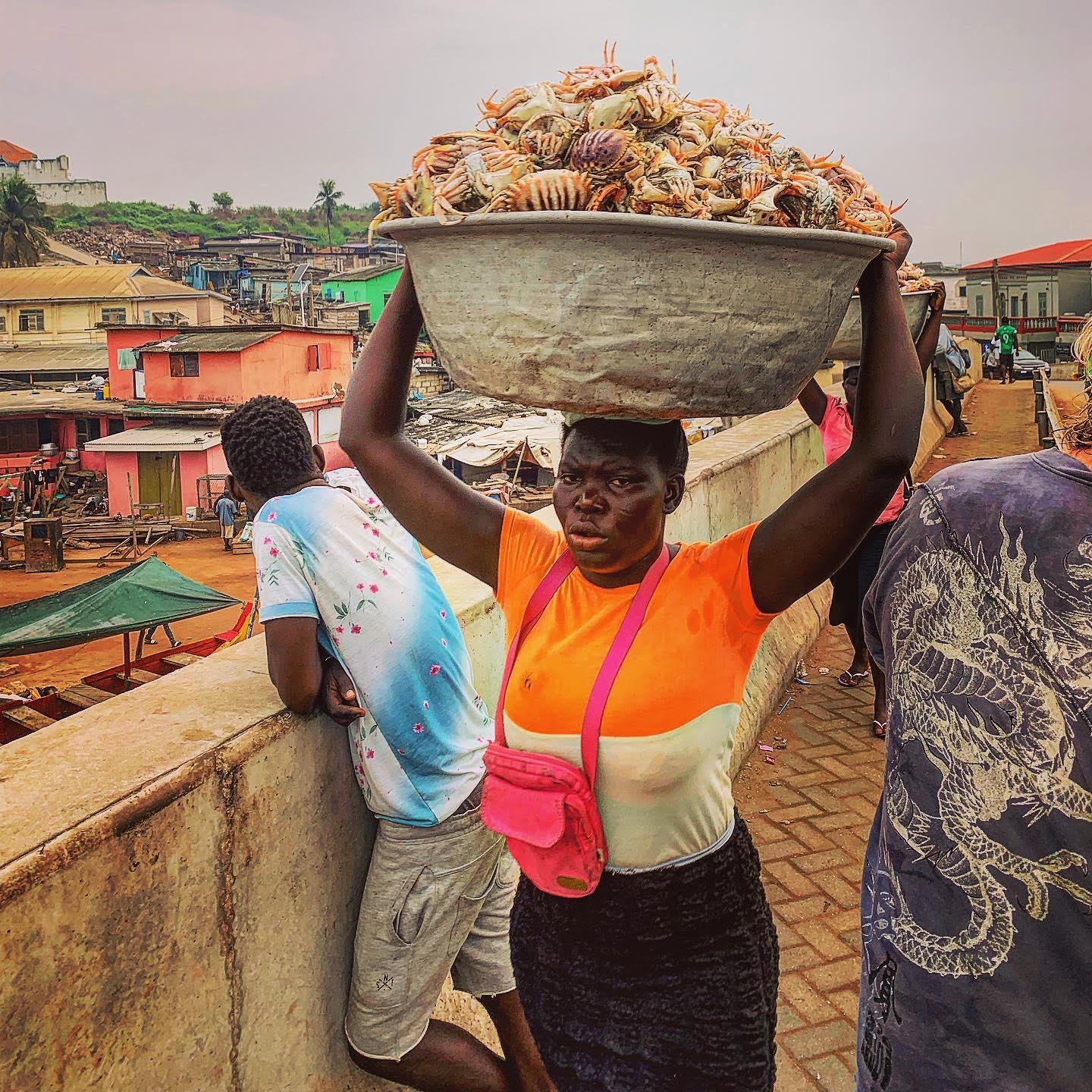 Ghana is often referred to as Africa for beginners because of its friendly people, unique experiences and culture. It also one of the safest destinations on the continent. Sandwiched between Cote d’ Ivoire and Togo, it’s easily accessible from the USA often with a stopover in Brussels. I just returned from an awesome trip around this amazing country. Here’s a few reasons Ghana should be on your bucket list:

2019 marks the 400th anniversary of the beginning of the Atlantic slave trade. This may not seem like cause for celebration, but Ghana has turned this quatercentennial into a PR opportunity for the African diaspora to return to their roots and explore the lands where their ancestors originated. Ghanaians love festivals and any excuse to throw another party works in this country. This year is a great time to get in the mix and sample local food, drink and music.

Elmina is one of many slave castles dotted along Ghana’s coast. It’s also the oldest, best preserved and is a UNESCO world heritage site. This ancient fortification was built by the Portuguese, but captured by the Dutch and used for 250 years as a holding area to transport slaves to the new world. It’s a sobering experience to walk through it’s dark halls and imagine the suffering that it’s prisoners endured before they walked through the point of no return onto a ship where they would be taken from their land and families. Over 150 years after the abolition of slavery, guests still bring flowers as a memorial to the captured people who passed through these walls. Stay in the Coconut Grove Bridgehouse and you’ll be treated to one of the most surreal mornings you can imagine as the fishing boats come in and sell their overnight catch. The view on the patio is indescribable.

Mole National Park is one of West Africa’s best game parks to view animals. You won’t see the variety you’ll find in Kenya or Tanzania but there are plenty of baboons, warthogs, elephants and antelope to make a trek to this park worthwhile. It is also one of the only parks in Africa where you can do a walking safari. You can also rent a Jeep with a guide and driver with safari seats installed on the roof for the best views. It’s possible to stay inside the park at Zaina lodge or right at the entrance of the reserve at Mole Motel. Beware of the extremely smart baboons who have not only learned how to open hotel room doors, but also to knock on your door to trick you into letting them into your room so they can rummage through your bags for food. As funny as that may sound, it’s some serious Planet of the Apes sh**.

Nzulezo is a unique village in the southwest part of the country worth visiting for the simple fact that it’s homes are all built on stilts on Lake Amansuri. To get there, you hire a boat to transport you up the narrow channel to the lake and then to the small village isolated from civilization. Generations of families have lived here for five centuries according to the oral history. About 600 people make up the population of this unique water town and live by fishing and selling souvenirs. Get there early to avoid the boatloads of tourists who make the trip later in the afternoon. Be prepared for the obligatory meeting with the village chief who will subtly hit you up for donations. It seems a little time-sharish.

Kakum National Park is one of Ghana’s premier attractions. It’s a series of canopy bridges set in the pristine forests of the country. Unfortunately it is not just visited as an ecological site. It’s swinging bridges set high in the air have turned it into the equivalent of an amusement park ride for the locals. If you don’t arrive early to beat the crowds, be prepared for busloads of screaming visitors, long lines and all the things that you don’t want in an immersive nature experience. Regardless of all that it is a beautiful place and a must see. Bring your earplugs just in case.

I’ve seen a lot of monkeys in my travels, but Ghana has the first monkey cemetery I’ve ever visited. Boebeng-Fiema is a sanctuary of sorts with a large population of around 700 Mona and black and white Colobus monkeys in the forest and town. One tribal belief is that the monkeys are reincarnated family members and as such they are not hunted or killed. A funeral is held for those monkeys who pass on and they are buried with a marker in the forest. Guides will bring along bananas for you to feed the little rascals. They’re surprisingly polite unless they think you aren’t paying attention. Pretty much just like a family member. Maybe there’s truth in the ancestral beliefs after all.

Kumasi is the headquarters of the Asante tribe, a group historically known for their skilled female warriors and wealth. The belief is held that the first ruler, Okomfo Anokye was able to secure a golden stool from the heavens. This iconic stool became a symbol of power in the region and many unsuccessful attempts were made by the British to acquire, even to the point of banishing the ruler to the Seychelles. Today you can visit the palace which traces the history of the kingdom and enjoy an amazing open air market. The market is one of the best in West Africa and the town has a unique vibe that you don’t feel in the coastal towns. Kumasi is also a great overnight stop on the way to Mole national park from Accra or Cape Coast.

Accra is the capital and a vibrant city with nice beaches, a few interesting monuments, and is a great base to explore some of the more than 30 castles and forts left by the Europeans along the coast. The Osu night market is one of the best ways to mingle with the locals and try some of the local foods like kenkey, fufu, jollof rice and fresh seafood. You’ll spend considerably less eating local than at a restaurant and you’ll be likely to share a table with some locals. Everyone shares in Ghana, so if you have leftovers you never throw them away. You offer them to someone else and no one is offended and nothing is wasted.

If you have more than a week to travel, you can combine a trip to Ghana with a visit to nearby Togo, Benin and Cote d’ Ivoire. Hiring a driver in Ghana will make your trip much easier than trying to do it on your own. Pricing is about $110 day plus gas (that includes an allowance for your driver’s lodging and food) Your driver can answer all your questions,suggest local hotels, translate, set up your cultural experiences and drive you to neighboring countries as well as providing your transportation while you’re in Ghana. I used Sammy with Jolinaiko tours and I couldn’t have been happier. We traveled through four countries together and never had a boring day.

If you are a US citizen, you will need visas for every country in West Africa. Togo is the only visa you can obtain at the border.