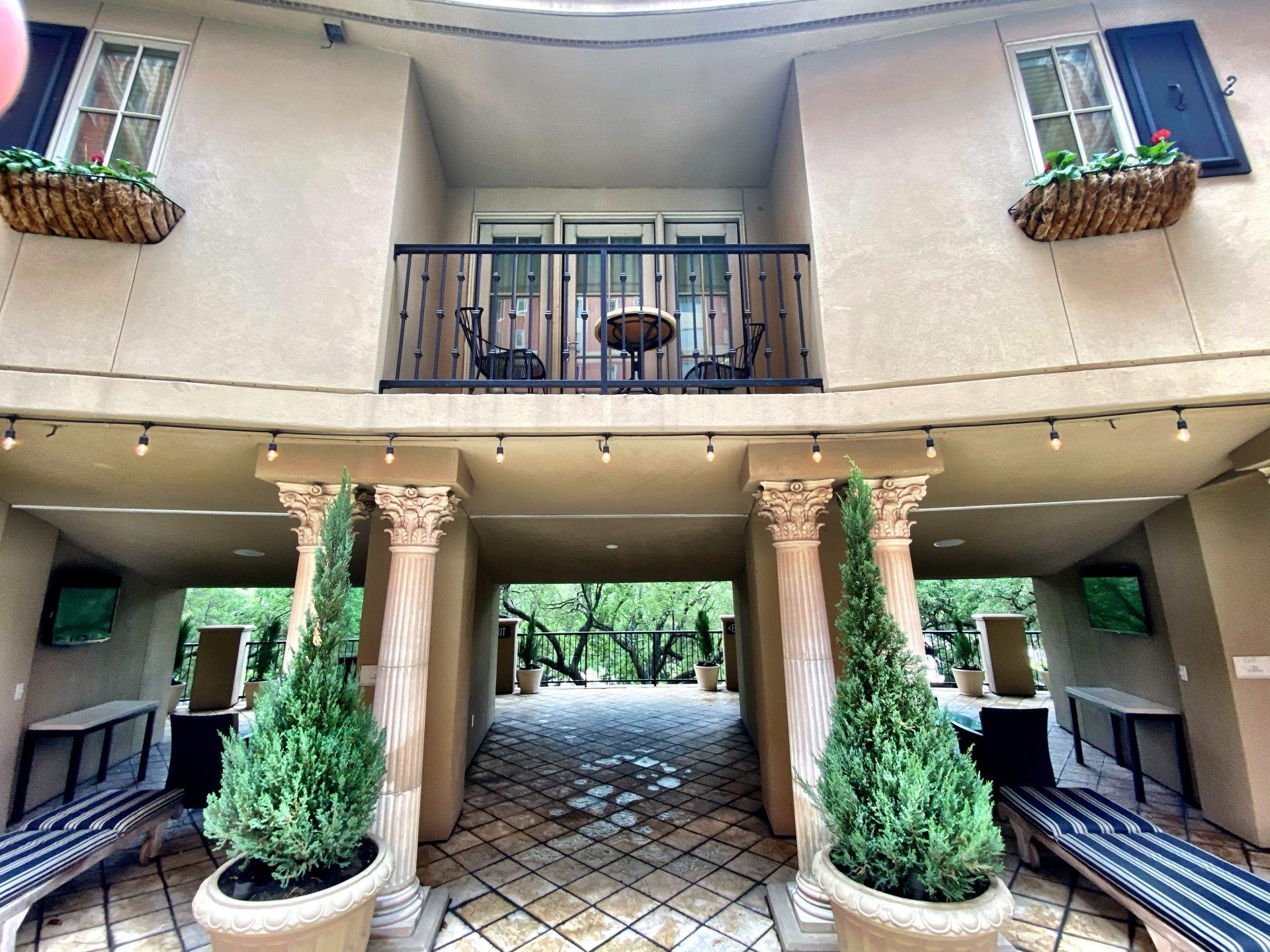 A Tale of Two Zazas

If I was given a choice of staying at any hotel room in the USA, there’s one that’s always intrigued me: the Rockstar suite at the Hotel ZaZa. Ever since I saw a photo of its cheetah print carpet, zebra chairs and guitars on the wall, I’ve been a fan of the brand and hoped to sneak a peek someday at this iconic room.

Unfortunately Madonna and Jay Z have never returned my phone calls when they’ve stayed there, so I’ve contented myself with listening to live music at Monarch, the restaurant at the museum district ZaZa or renting a pool bungalow room when I felt like spoiling myself.

This week I was invited to visit both locations in Houston for a staycation story and I jumped at the opportunity. I was more than excited to get a behind the scenes look at one of my favorite hotels and check out some of the most interesting rooms in town. I expressed my hope to see the Rockstar Suite  if no one was staying there. I even picked a Monday night to improve my chances of the room not being booked. Tuesday night I’d visit the other location.

I hadn’t been to the museum district location in a couple years, but I know the lobby well: bright unusual art picked by the owners themselves, a large fountain filled with beautiful fish and animal print chairs scattered in the dimly lit ambient lobby. This hotel is not for people who like cookie cutter stuff. I actually  attended my senior prom in this hotel, but that was way back in the days of bell bottoms and leisure suits. It was the Warwick back then and looked nothing like it does today. I walked in the hotel just in time for my tour.

Both hotels’ top floors boast The Magnificent Seven; septets of their most luxurious suites with fun names. Some of the rooms are named after movies like “The French Connection” (which has a poodle statue outside the door) or “The Godfather” (with a huge photo of Don Corleone to greet you) at the Memorial location. At the museum location there’s The Tycoon room equipped with a bathtub on the balcony.  Then there’s the famous Rockstar room plastered with photos of rockstars. The quirkiness of the hotel is one of the main reasons I love it so much.

Besides the Magnificent Seven suites, there’s the concept suites. Memorial City continues its film nods with rooms such as” American Beauty “and “Big Easy”. The museum location has its famous Geisha room which feels like you’ve accidentally ended up somewhere in Asia.  “Houston, We Have a Problem” sports a life-sized astronaut in the room. Another room has a vintage gas pump as part of the décor with no explanation: classic ZaZa.

It’s obvious that the owners are movie buffs as well as art aficionados. There’s movie posters and paintings everywhere. You won’t see a bare wall in the place. Even the elevators have art and retro photos. On my tour I asked to see room 322, the room that some conspiracy theorists believe to be a bondage chamber for the wealthy. Other than a couple of chains linking the bed to a brick wall, a small space and a couple creepy pictures, it was just another interesting theme room with a great pool view.

Differences between the two Houston ZaZas are apparent. The museum location is a restored 1920s hotel in the heart of the arts district and zoo. It’s twice the size of its counterpart. The Memorial city hotel is the first ten floors of a building shared with the luxurious McCarthy Apartments. The apartments have their own reception and pool, but share ZaZas guest services. The art in the Memorial hotel seems a touch more modern, the furniture a tad more retro with a millennial vibe. There’s a ping pong table in the middle of the lobby and shelf of books that turns out not to be books at all. I thought I’d try out the restaurant to see if they had anything that could beat the lamb lollipops from the other Zaza. Both menus are identical. The buttermilk dipped chicken breast with mashed potatoes is one of the best things I’ve ever put in my mouth.

The Memorial location put me up in the Breathless suite, aptly named if you have to walk up ten flights of stairs to get to it. It’s a beautiful room with carpet that looks like deer hide, chairs that look like crocodile, quirky lighting and a mural above the bed. From the balcony there’s a panoramic view of I-10 and and the peace you get from knowing you’re not stuck in that traffic. It’s one of the magnificent seven and it is magnificent.

There was one ZaZa night stay left. As I checked into the museum district to get my room I wasn’t sure what to expect. Would I get to stay in a Magnificent Seven? Maybe room 322? Would I have a gas pump or astronaut next to the bed? The desk clerk slid my key towards me but there was no number. The coolest rooms don’t use numbers. It simply said “Rock Star”. “Really?” I asked disbelievingly. The front desk clerk nodded her head.

Mick Jagger eat your heart out.

The rock star suite exceeded my expectations. It has two spacious bedrooms, 2.5 baths, a kitchen, a living room, a giant wrap around couch and a rockstar office that would impress any visitor stopping in to do a concert deal.The art is amazing, the walls are lined with photos that would make the Hard Rock hotel jealous and there’s an incredible view of downtown.  There’s no parties allowed per se, but if you want to wow a few groupies, er ….friends, inviting them up to the rockstar suite would do the trick.

I loved being a rockstar for a night. I guess I’d better start practicing my guitar again.